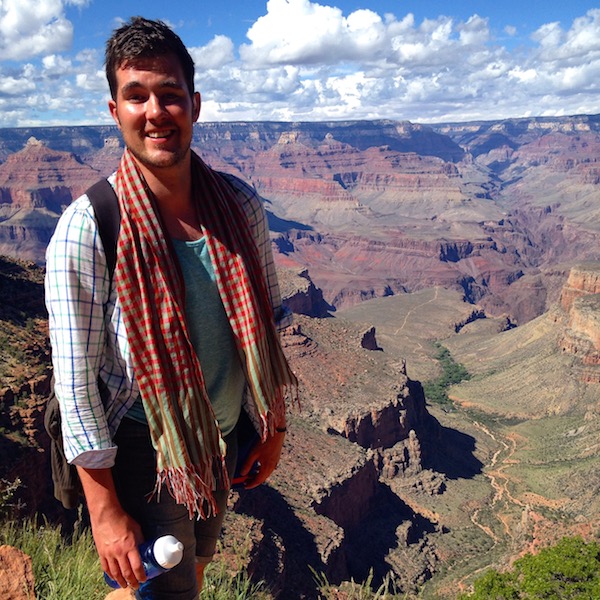 A friend said to rain on my parade over a coffee when I revealed my intentions. I was still in my corporate job and I firmly declared what I would be doing six months later.

I just gathered enough money to buy a round the world ticket and I was determined to buy it the next day.
Talk about shooting dreams down now.

‘Why? What stops me being deaf from travelling around the world?’

‘Hadn’t you just got your cochlear implant switched on?’

It had been three months since I had an invasive operation to drill a hole in my skull to thread microfibres of electrodes into my cochlear in my inner ear.

Only two months ago, I had it switched on for the very first time. It was a complete revelation. Suddenly I could hear my dad’s soft voice booming like Brian Blessed on caffeine, and I rediscovered the joys of environmental sounds that I lost from my degenerative hearing loss thanks to my genetic Pendred’s Syndrome.

Over time, I would hear grasshoppers chirping for the first time and I simply couldn’t get enough of birds tweeting away.

What’s more, it gave me back my confidence! Before my switch on, I was withdrawn, unable to follow conversations in my evening outs with friends in busy pubs and bars. I just stopped going, preferring the company of my subtitled tv programmes to see me through the evenings after work.

I grew bored having to remind my friends to remember deaf awareness and I started ignoring their requests to join them on social events.

But the cochlear implant simply changed all that. The switch on was such a revelation. I stopped getting tired from tremendous conversations through work and meet ups after. I soon turned into a party animal, leading conversations and hilarious moments that I missed in my twenties. I was utterly grateful.

But I knew I wanted more.

And I just knew what it was.

After university, I had a taste of off the beaten track travel thanks to a wonderful time out in rural Uganda in the middle of Murchison National Park for six whole weeks. It was tough I have to say to simply rely on one hearing aid. However, I was with friends I could trust then.

I read stories of people travelling solo through continents and I knew from a young age I wanted to be one of them and forge my own adventures. But I just simply didn’t have the confidence to do so.

After I turned 25, I thought it was too late. I was deep in my job and it was expected of me to buy a house, get married and fill the house full of kids. I didn’t want that. I wanted to get out of the grind and throw myself into the unexpected.

So then, I came along the cochlear implant and it just gave me the tools to be brave enough to tell myself to travel around the world solo.

For nine glorious months, I did. And even for the next six years after that, I continued to do so through six continents, 40 countries, a multitude of languages and a huge passion for travel.

Now, I’m now in my early thirties (I know, don’t I look good?!) , I’m back into a job in the UK but I’m content enough to take a weekend break to a random destination without batting my eyelids much to the surprise of my friends who would panic at the thought of booking a trip abroad.

Sure enough there have been highs such as jumping off a ledge more than a kilometre high, driving into the outback with civilisation miles away; there were lows especially when my cochlear implant broke second day into my travels thanks to a mugging experience; and being chased by an angry man wielding a machete in Laos; there were fun times meeting fellow travellers around the globe; and especially times when I pushed myself to the limit such as eating a fresh snake’s heart raw and more.

But I loved it all.

I proved people wrong. They said I couldn’t do it and liked to use the word ‘no’. I like to use the word ‘yes’ and that deaf people with a cochlear implant can travel around the world solo.

For all of you who have got a Cochlear Implant or about to get one, never feel that having one will stop you from chasing your dreams. You are given a lifeline to do absolutely anything you want. For me, it was all about travel and you know what?

My cochlear implant made that happen.

This site uses Akismet to reduce spam. Learn how your comment data is processed.

Receive news about the following: